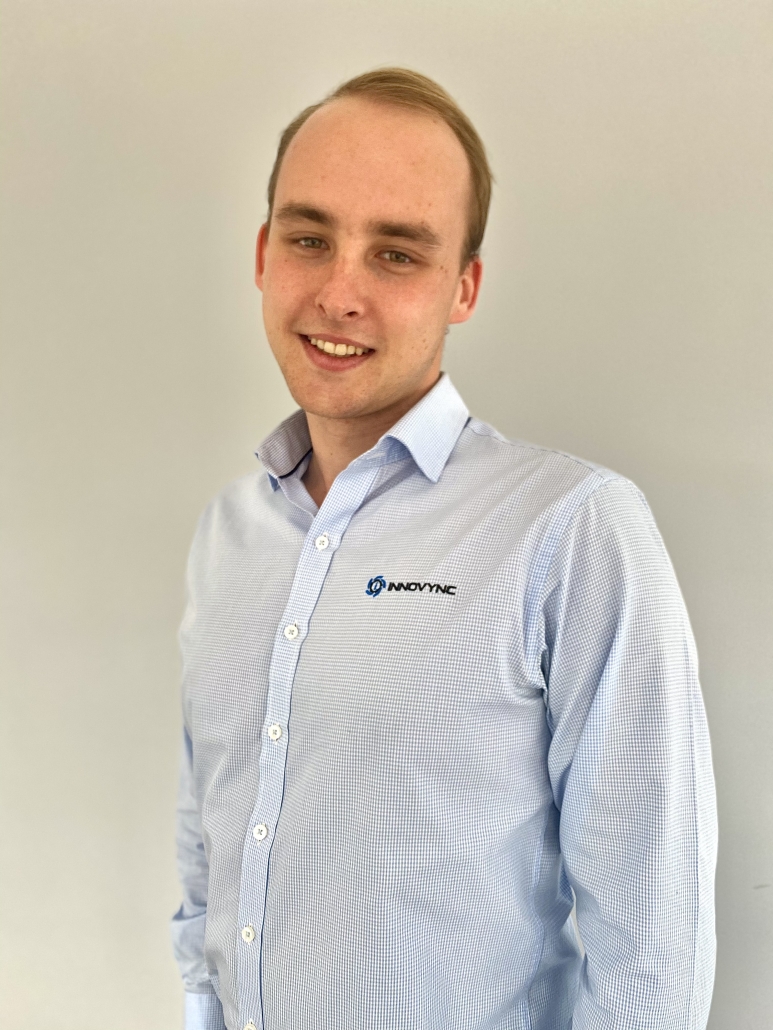 The story of how Dominik entered the machinery world is one of pure serendipity – and perhaps a genetic connection. Working as a waiter/barman in one of Sydney’s swankiest restaurants while studying chemistry at University of Sydney, he happened to serve a fellow Deutscher after graduation, who sensed Dominik’s latent potential for working with machinery.

“While I was at University, I was working at a restaurant – a pretty upmarket restaurant in the city with $240 steaks. Just after I graduated from Uni, I served my former boss. He was a German guy as well. He asked me: “Do you like woodworking machines?” I said, well, I don’t know anything much about them, he said: “What about selling them?” He put me on a sales training course in New Zealand and said: “Well if you like it you can stay, if you don’t, we shake hands and part ways.”

Of course, he decided to stay on. But after a few years, Dominik sought something more stimulating – both in terms of complexity and technology.

“It was at Felder that I got interested in CNC machines. I’ve always had a knack for computers; I built my own computers as a teen and so that computer-machine interface really interested me. Unfortunately, at Felder there wasn’t really an opportunity to sell them, so when I got approached by Innovync in August 2020, I was looking for something new. The opportunity to focus on CNC machines for larger business, clients and factories and setting up these machines for larger workshops excited me, there’s a lot more to it.”

Dominik’s budding talent was a perfect fit for us. Like all Innovync employees, the right attitude and mindset were major factors for the hire, which happened at just the right time.

“When I got approached it was a really good timing. I really liked how Pierre presented his attitude and his company, in terms of the level of customer service, and the honest selling; the honesty around the technology and selling what’s right for the customer really resonated with me.    I really connected with that and liked what Pierre was saying. When it got to a point where Pierre offered me the role, I thought Innovync was a good way to further my interest in CNC machines, with a young and dynamic company. Basically, a refreshing start, where I’m being part of something different.That service vision that Pierre has isn’t all that common in the industry.“

As they say, great minds think alike.  Dominik’s role in Stone, Glass, and Tooling Business Development is fuelling growth and progress within both our clients’ ventures, as well as our own. If you’d like to see that happen within your firm, reach out with any enquiries in these spaces and Dominik will make sure you’re set up with the best European tools and technology on the market.